LG has had yet another fantastic year with its OLED TVs. We’ve seen high-end models available at rock-bottom prices, and the LG C2 is our current top pick for most people. The LG G2, on the other hand, is the most spectacular LG OLED I’ve seen, but it will set you back a lot more than the LG C2. And while it’s not quite as impressive as its top-tier counterparts, the more-affordable LG B2 OLED65B2PUA is a great choice for buyers looking for OLED-level performance but not willing to spend a fortune for a high-end model.

Should you opt for the LG B2, just be aware you’re missing out on the C2, but it will serve you a good picture nonetheless.

Like all other OLED TVs, the OLED65B2PUA delivers perfect black levels and impressive viewing angles. Its color production is great in both SDR and HDR, and you’ll appreciate the B2’s gorgeous design.

That said, the LG B2 isn’t a perfect fit for bright rooms; we know OLED TVs to be a little dimmer than LED TVs, but the B2 is much dimmer than any OLED TV we’ve seen in the past year. In addition, while the B2’s pair of HDMI 2.1 ports and related gaming features will be enough for most folks, serious gamers will just wish it had two additional HDMI ports capable of 4K gaming at 120Hz.

About the LG B2

LG offers the B2 OLED in three sizes, starting from 55 inches to 77 inches. Our review model is the 65-inch model, otherwise known as the LG OLED65B2PUA OLED TV.

Here are the model numbers and sizes across that range:

Considering the OLED hardware used here, we don’t expect any major differences in performance between each model, but you can expect a few physical characteristics like panel uniformity to vary from one size to the other.

Otherwise, when not focusing on size, the core specs are similar:

The LG OLED65B2PUA arrives with LG’s Magic Remote, the same as the one that came with LG’s OLED TVs from last year. You can use the Magic Remote traditionally (with navigational functions via the directional pad), or you can use it like a motion-activated wand, with an on-screen cursor that tracks your hand movements.

It also uses the newest LG smart platform, webOS 22, which hasn’t changed from last year’s version. It gives access to a wide variety of streaming apps like Netflix, Disney+, Hulu, Prime Video, and HBO Max. There’s also an online store where you can download and install apps to your smart TV’s home screen.

Connectivity options are abundant for casual viewers, but for home theatre fanatics and gamers, it’s a little underwhelming. Only two of the LG B2’s HDMI ports support 4K content, and one of those inputs also serves as the B2’s dedicated eARC port.

Here are all the ports you’ll find in two cutouts behind the screen (one side-facing and one back-facing):

Perfect black levels that only OLED TVs can offer

As ever, contrast is the backbone of picture quality and no TV tech currently does it better than OLED. While traditional LED displays rely on a backlight, OLED displays like the OLED65B2PUA are self-emissive, meaning every single pixel has the potential to turn itself on and off. This approach has a massive impact on several areas of the TV’s performance.

We mentioned before that the B2’s overall contrast is simply impressive, but while it doesn’t get as bright as other more-expensive OLEDs, the B2’s fantastic black levels make the TV look brighter than it is. For this, it makes for an excellent darkroom TV. Also, the self-illuminating pixels allow for zero light bloom, meaning the B2 is at its best when dark scenes are pushed by brighter elements.

Another advantage of OLED technology manifests when viewing the TV from off-axis angles. Most LED TVs will look washed out when you move just 30 to 40 degrees away from the direct line of sight, but OLEDs don’t have this problem. Even from severely extreme positions, the B2’s picture looks every bit as sharp as it does from the vantage seat in the house.

If you’re contemplating a large TV for group viewings, the LG OLED65B2PUA is surely more accommodating than most LED TVs in the same price range.

The LG B2 OLED65B2PUA delivers terrific colors, regardless of the content being viewed. Colors for SDR content, which includes cable TV, over-the-air broadcasts, and most of what you’ll find on streaming apps, are rendered perfectly in the B2’s most refined picture mode, and in HDR they look even better.

It’s worth noting that the B2 covers an impressive 98% of the HDR color gamut (DCI-P3); and with that added brightness in HDR, reds, and greens pop. As with SDR, the LG B2’s color points in HDR are well-calibrated right out of the box, so even keen viewers will be impressed by how it looks.

Still, the B2’s out-of-the-box white point is slightly skewed toward blue-green, but the cooling effect is only noticeable in the darker gray tones close to black.

To the perfect black levels and fine color reproduction, add a posh design and you have yourself a TV with serious looks. Despite being less expensive, and less-kitted out than LG’s higher-end OLED, the OLED65B2PUA is nevertheless a head-turner and will look gorgeous in your living room.

Gaming support would be more robust

For most viewers and casual gamers, the LG OLED65B2PUA is largely accommodating. It supports Variable Refresh Rate (VRR), Auto Low Latency Mode (ALLM), and even offers FreeSync Premium and G-Sync compatibility. All these features, combined with the TV’s low input lag, ensure that you get a smooth gaming experience free of lag.

The LG B2 OLED TV also features a native 120Hz refresh rate, as well as full-bandwidth HDMI 2.1 support, so it’s capable of running 4K games at 120fps. Unfortunately, this is where it gets a little tricky. Only two of the TV’s HDMI inputs support 4K/120Hz gaming. Critically, one of these ports also doubles as the TV’s dedicated eARC input.

Simply put, if you have more than one gaming device as well as an eARC-enabled soundbar, you’ll have to relegate one of the gaming devices to a port that’s capped at 4K/60Hz, or go via your soundbar, provided it features an HDMI 2.1 input. This will not rest well with soundbar owners who own both an Xbox Series X and a PlayStation 5.

If you need a more accommodating OLED TV, all four of the LG C2’s HDMI ports support 4K gaming at 120Hz. With the C2, you’ll not have to juggle cables and ports to get the most out of your gaming consoles and audio equipment.

Should you buy the LG B2 OLED65B2PUA?

Yes, provided you’re looking to save some bucks on an OLED TV.

Looking at the specs on the LG B2, it looks much like a mixed bag: It’s dominated by the powerful and more refined high-end LG C2, but it packs more features than the less-expensive LG A2, which is limited to 60Hz.

However, when we move away from the on-paper specs, the LG B2 feels like a perfect OLED TV if you spend most of your time watching TV in a relatively dark room and you don’t own more than one next-gen gaming console. Also, the bucks you’ll have saved for not going with the LG C2 can go towards another aspect of your home entertaining (maybe a soundbar), and that makes the B2 a terrific value.

That said, the LG C2 OLED65C2PUA has added brightness, packs slightly better performance, and universal HDMI 2.1 support – all combined truly elevate that TV to top-tier status. And, there’s more reason we picked it as our best gaming TV of 2022, after all. While it isn’t a bright-room TV too, it delivers a punch that makes it an excellent investment if you want to experience truly immersive HDR.

Still, if you want to save even more, there are some decent LED options in the B2’s price bracket, like the newest TCL 6-Series as well as the Hisense U8H, but both of these quantum dot-enhanced LED TVs don’t deliver perfect black levels and ultra-wide viewing angles and the posh design of the LG B2 OLED65B2PUA. In that regard, it’s up to you to decide what suits you best. But if it were my money being spent on a new 65-inch TV, the LG B2 OLED65B2PUA would be at the top of the shortlist. 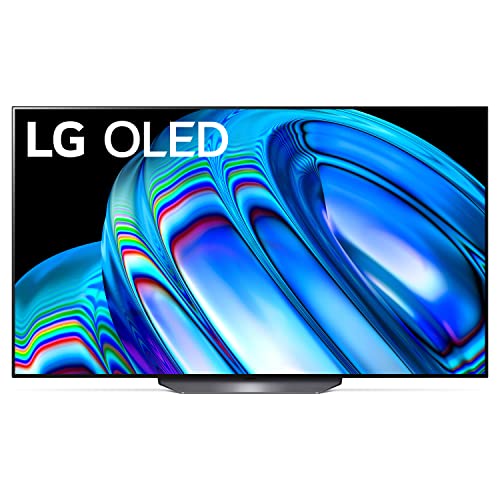