The Lenovo IdeaPad Yoga 13 is almost everything you want in a hybrid ultrabook. As an ultrabook, the Yoga 13 offers an uncompromised computing experience, while wedding Windows 10 with the touch screen it deserves, and delivering performance that will keep you satisfied at work and play. As a dual function device, it transitions elegantly and intuitively, standing out from the rest with the best hinge mechanism we’ve seen on a hybrid.

But as a tablet, it falters. It’s too big, and for a device that offers convenience and mobility, that’s a significant drawback. From a distance, the Yoga 13 looks similar to Lenovo’s Ultrabook, the IdeaPad U300s. There’s the same hardback-book-inspired styling, with the silvery metal of the lid and base sandwiching a matte-black interior. It’s a smart, attractive laptop. Packed into its flexible chassis, the Lenovo Yoga 13 has some tasty specs: its 13-inch IPS screen may not offer a Full HD (1,920 x 1,080) resolution, but at 1,600 x 900 pixels it’s significantly higher than many affordable rivals and offers 10-finger touch. Under the hood, this Yoga can offer up to a Core i5 CPU, up to 4GB of RAM and a 128GB SSD, putting it at the top of the convertible game in terms of power – yet Lenovo still claims battery life of up to eight hours. All that’s lacking is pressure-sensitive stylus support, but as the Core i5 version comes in at a nice price, that’s easy to forgive.

Design is where the Yoga 13 ultrathin laptops stands out. The intuitive design allows you to use this ultrabook as a traditional laptop – with keyboard and trackpad included. You can stand it in tent mode if you want to use the touchscreen on an angle, or you can flip the lid around to use it like a traditional tablet. When you flip it around, the keyboard deactivates, so there is no accidental input from the keys being pressed, but this also leaves the keys exposed to the elements. Luckily, there is a raised layer of leather over the wrist rest and keyboard tray.

All that flipping can put some stress on the hinges over time, and the Yoga 13 is large and heavy for a tablet. Luckily, the 13.3-inch, 1600 x 900 touchscreen plays well with Windows 8 and is clear and beautiful. This is a great resolution for this size of laptop, and the wide viewing angles make it easy to watch movies.

In terms of connectivity, the machine provides an HDMI port that can be used to connect it to a monitor or HDTV – great for presentations, or watching a movie. There are also two USB ports (one high-speed USB 3.0 port and one standard USB 2.0 port) for connecting wired peripherals, a two-in-one card reader (SD, MMC) and a combined mic input / stereo output jack. Bluetooth 4.0 makes it possible to connect wireless mice, headsets and other peripherals, while network access is provided by 802.11 b/g/n WiFi.

The Yoga 13 comes with a 128GB solid-state drive (SSD), the same capacity seen in the VAIO Duo 11, but half that of the Dell XPS 12 (128GB). Lenovo’s plain vanilla ultrabook, the Idea Pad U310 offers considerably more storage space (500GB) thanks to a spinning hard drive, but spinning drives don’t work well unless kept stationary, which would limit the Yoga 13’s mobility. There’s no optical drive, but we didn’t expect one on a device so thin.

At its heart, it features a 3rd generation Intel Core i5-3337U dual core processor. This is an Ultra-Low Voltage (ULV) component, specifically designed for use in small laptops and Ultrabooks, and offers a good balance between computing performance and power consumption.

The processor’s two cores are each able to handle up to two threads simultaneously, thanks to Intel’s Hyperthreading technology, further improving the chip’s efficiency. Towards the same goal, Intel’s Turbo Boost technology allows the processor to automatically adjust its own speed, from its base speed of 1.8GHz up to a maximum of 2.7GHz, as needed.

This machine ships with 4GB of DDR3 RAM, and a 128GB Solid State Drive (SSD). Although less than is provided in some competing Ultrabooks, 4GB of memory should be more than adequate for most purposes, and will certainly allow the supplied copy of Windows 8 to show off its new, touch-driven interface to great effect. Conveniently, if you really need more RAM for your projects, it is easy to install, unlike in some other machines.

The Lenovo IdeaPad Yoga 13 is a very good ultrabook, and for the competition, it offers a lot; a reasonable feature set, touch screen, and good design. If you just want a great ultrabook, the Yoga 13 is good, but the Editors’ Choice Toshiba Portege R835-P81 is better, with similar specs and performance, but lighter, thinner construction and a lower price. It’s touchscreen offers beautiful colors and responds great to the touch along with hardware that will let you run games or photo and video editing software. You can upgrade the memory and hard drive if you want more memory and storage, plus you get at least 5GB of free Lenovo cloud storage.

As a hybrid ultrabook, however, the Yoga 13 has a versatile touch screen, a flexible design, and the best laptop-to-tablet transition mechanics we’ve yet seen in a hybrid. It’s good enough that we hope other manufacturers adopt similar designs, but at a better size—the Yoga 13 is just a little too big for comfortable use as a tablet.

If you are shopping for a Windows 10 ultrabook laptop with touch capability and plan on only using the tablet mode occasionally, then the Yoga 13 is a smart choice; but the Dell XPS 12 is better as a tablet. 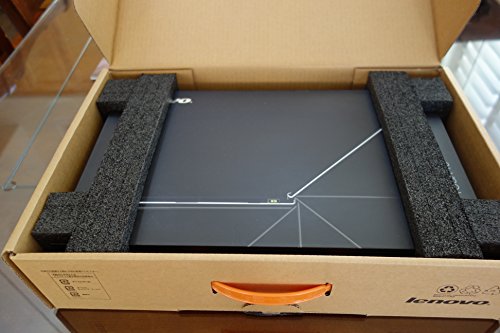