Gamers looking for an ultra-powerful laptop have more choices than ever before. In 2019, most high-end laptops cost around $2000, but offer lots of power for the price, thanks to Nvidia’s RTX 20-Series graphics card stuffed inside. You no longer have to purchase, a thick, bulky laptop with ultraportables like the Razer Blade 15 and ROG Zephyrus S lurking around, but Eluktronics gaming laptops are great options too.

The Eluktronics Mech-15 G2 is a slim gaming laptop, configured with the Intel Core i7-8750H processor, Nvidia GeForce RTX 2070 Max-Q graphics, 12GB of Ram and a 256GB PCIe SSD. How does Eluktronics’ Mech 15 stack up against the competition from Asus or Razer?

Some gaming ultrabooks deliver a punch in a dismissible design, free of lights and chassis LEDs. Eluktronics’ Mech 15 G2 takes a different approach. It doesn’t hide on your desk and counts on its customizable RGB light bar to get noticed.

Simply put, it looks sleek. The Mech 15 measures in at almost 0.86 inches thick, and at 4.5 pounds in weight. Its flat, polished gunmetal exterior offers a few flourishes. A black ‘Eluktronics’ logo is etched on the lid, with the exterior theme extending into the interior palm rest, while the keyboard gets a black color. I can easily imagine this laptop being sold with an MSI Stealth badge or Asus Strix badge instead.

While the Eluktronics Mech-15 G2 lacks style on the outside, it remains very functional, offering modern conveniences that most gamers will appreciate. You’re getting a thin and light laptop, with a thin-bezel display design that complements the overall small footprint. The webcam remains top up, unlike Huawei who opted to move it to the hinges, and the keyboard deck has enough real estate. Connectivity is another high point on the Mech 15 G2. Many will expect the slim profile to skimp on most port option, but the system squeezes in one USB Type-C, two USB 3.0, one USB 2.0, one HDMI, two Mini DisplayPort 1.4, a 4-in-1 card reader. There’s even a full-sized Ethernet port, and separate headphone and audio jacks.  That’s a great collection of options to have on today’s slim laptops.

With the subdued look, Eluktronics is trying to please gamers who also want a workstation. The new crop of Razer Blade and ROG Zephyrus has glorified laptops that can work all day and night, and this Mech-15 G2 easily fills that role, too. It does so with connectivity required to replace a desktop workstation, in addition to dual-band Wireless AC and Bluetooth 5.0. The professional vibe extends with the keyboard. Here, you’re getting a full-size keyboard with a 10-key number pad, something you might normally expect from a 17-inch laptop. Eluktronics gave the keyboard a per-key color customization or in other words, mechanical key switches that are removable. It’s a brown switch per-key RGB backlit keyboard with NKRO (N-Key Rollover) mechanism — and that’s about it.

The touchpad picks a different theme so far. It’s a black square, now wider than what you had in last year’s version, with enough space for interaction. All you can notice is how responsive it is, with snappy swipes and gestures, as well as silky-smooth tracking. The Eluktronics Mech-15 G2 goes for a 1080p display with a 144Hz, instead of a higher-res panel with a lower refresh rate. Most gamers will not be pleased by the lack of G-Sync support, though. Whether that’s the right card really depends on the games you play. If you’re a First-person shooter fan, you’ll enjoy the fluidity, but Civilization players might benefit more from the crisp nature of a 1440p or even 4K screen.

While at it, resolution is only part of the equation, however. Having a quality screen is more important. The Mech-15 g2 didn’t blow us away. Still, it looks good, offering a matte screen that you can easily enjoy even in a brightly lit room. The screen has narrow bezels that do a nice job reducing the overall profile, making the display look much bigger. Even without G-Sync, it does a nice job displaying above average picture quality, bright visuals and vibrant colors. A laptop like the Eluktronics Mech-15 g2 might be for gaming, but its equally a capable productivity machine. Under the hood, the Mech 15 features an Intel Core i7-8750H processor clocked at 2.2 GHz alongside 12GB RAM. Also, in tow is a 256GB PCIe NVMe solid-state drive. In there, you get one empty M.2 PCIe bay, incase you want to throw in a larger hard drive or SSD for storage.

In real-world applications, the system manages to impress. This gaming laptop will encode a video in 141 seconds, which is very close to the record setting Zephyrus S GX701. All along, the laptop remains quiet thanks to efficient cooling while the machine serves its purpose, even on intensive tasks like video encoding. The PCIe NVMe SSD built into this system is also very fast, something that adds up to speedy execution of productivity tasks.

Now, you can enjoy all your games here. The Eluktronics Mech-15 G2’s graphics has all the bragging rights, from ray tracing to DLSS, the Nvidia 20-Series RTX desktop graphics cards have garnered all the hype, with a good reason as to why. The GeForce 2070 Max-Q packed inside the Mech 15 g2 bring a horde of raw power for gaming, making it a practically powerful gaming machine.

As you get ready to play, there isn’t anything that the Eluktronics Mech-15 G2 can’t handle. You can push the limit on High settings in Fortnite, and still it will bump framerates of 116 FPS, and bumping the settings to Ultra, it still churns 102 FPS, edging out the ASUS ROG Strix SCAR II’s 91 FPS, a whole 11FPS difference. It also fares well in Battlefield V on Ultra settings, netting an impressive 89 FPS mark. That is round the same score you’re getting with the ROG Zephyrus S GX701 and slightly edges the Razer Blade.

Even with the RTX graphics power in full glare under the hood, the Mech 15 manages to stay cool During intense online gaming sessions, most gaming laptops tend to overheat, it’s interesting to find one that swallows the load and never spits anything on your laps.

With all the power of RTX 2070 Max-Q under the hood, the butter-smooth gameplay comes at a sacrifice. With the screen configured to full brightness, the 4-Cell 62.36Wh battery won’t last very long. All you’re getting is around 3 to 4 hours on a single charge, and that’s really what we’ve come to expect even on svelte gaming laptops. Even in web browsing, the duration remains roughly the same. That around the same time the Zephyrus S is offering, but the Razer Blade doubles that on a single charge.

The Eluktronics Mech-15 G2 is an excellent gaming laptop packing all the performance and power you’d need in a modern gaming laptop, without attracting an expensive price tag. Its non-flashy ThinkPad-like design, at least before you open the lid, make for a laptop that can be used for both gaming and productivity. Unfortunately, the perennial problem of poor battery life and lean hold it from being perfect. After all, we haven’t encountered any perfect gaming laptop on these streets.

At CES 2019, gamers were treated to over 40 gaming laptops fitted with RTX-20 series graphics inside. Most laptops come with similar specifications as the Eluktronics MECH-15 G2, meaning you currently have tons of alternatives. Top in the list is the Razer Blade 15, the Asus ROG Zephyrus S AS76 as well as the MSI GS65 Stealth.

However, in the midrange price range, the Eluktronics Mech-15 G2R is an option that’s thin and light, but still packs in the gaming power of the RTX 2070 Max-Q. You’ll have to pay considerably more to go up to an RTX 2080 Max-Q.

Yes. The Eluktronics Mech-15 G2 packs an RTX 2070 Max-Q graphics card that bring a full box of performance into a portable laptop. Priced at PRICE, it is currently cheaper than most gaming laptop with the same graphics card and similar base specs. 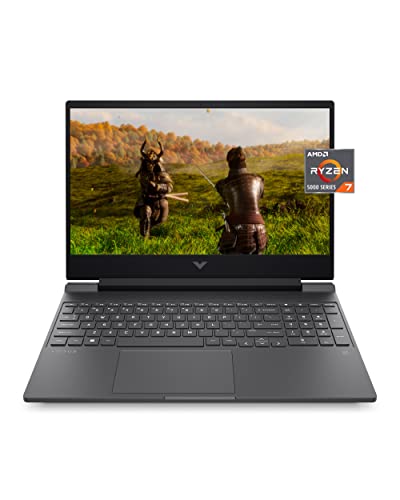