Its 16GB of memory is enough for productivity tasks, too, and can be easily upgraded later. An aggressive RGB-lit case tops it off, making the CyberpowerPC Gamer SLC8260A6 impressive for the price. The machine earns another Editors’ Choice among midrange custom-built gaming towers.

Like its predecessor, the liquid-cooled Gamer SLC8260A6 looks sleek, with a trio of LED-lit circles on the front panels as well as on the fans on the inside. However, its tempered glass front sets it apart from the mainstream midrange gaming towers from the likes of HP and Lenovo.

Tiny honeycomb cutouts around the rear of the top panel provide airflow to the 120mm Cooler Master RGB fan showcased within. These light sources and interior lighting are individually customizable, and they resonate well with the game being played.

Moving outside, the Gamer SLC8260A6’s minimal top port selection includes two USB 3.1 Gen 1 Type-A ports (supporting 5Gbps transfers) and an audio combo jack (headphone and microphone in one). Around the back, you have four USB-A ports, two retro USB 2.0 ports, Ethernet, and an audio/microphone combo. A media card reader would have been better, but it’s missing here – even major brands like HP and Acer are phasing out card readers on their desktops.

Though late-2021 graphics card supply shortages and pricing swings have made pricing comparisons difficult, I could still determine that the Gamer SLC8260A6 is priced competitively. That said, it doesn’t make sense that you’re paying almost $200 more to get Windows 11 pre-installed since the new model has the same feature set as its predecessor.

In short, if you’re not excited with the new operating system, you’re safe with the Gamer SLC8260A5, and the extra money can get you a good gaming monitor. Still, with liquid cooling, an 8-core Ryzen 7 3800X processor, and Nvidia GeForce RTX 3060 (12GB), the SLC8260A6 is destined for butter-smooth 1080p and 1440p gaming performance at impressive frame rates.

For instance, Shadow of the Tomb Raider runs at 153 fps at 1080p on the SLC8260A6 and 56 fps at 4K. The former ties with the Dell G5, and the latter tails the HP Omen 30L, by a wide margin, but understandable considering it packs the high-end Nvidia RTX 3080 graphics card and Intel’s Core i9-10850K processor.

Far Cry New Dawn leverages the MSI Aegis but pulls ahead at 1080p by 11 fps, scoring 108 fps, which drops to 65 fps in 4K. Borderlands 3 (high settings) at the exact resolution achieves 117 fps, which is impressive. And at 4K, the CyberpowerPC Gamer’s 39 fps is once again a few frames behind the MSI and Alienware systems with the same GeForce RTX 3060 graphics cards.

This is a decent feature-set for a PC that costs just under two grand, especially when compared with the HP Omen 25L, which costs a few hundred dollars more, but packs just a 6GB GeForce RTX 2060 Super graphics card, even the Dell G5 with a 10th Gen Intel Core i7-10700K processor costs more. Even the boutique-built SkyTech Shadow 3.0 will set you back a little more, despite packing the same Ryzen 7 CPU, Nvidia RTX 3060 GPU, and 1TB storage.

All these make the Supreme SLC8260A6 better value, capable in productivity and workstation tasks as it is playing games. Its feature set suggests that it’s perfectly capable of handling tasks that require significant processing muscle. Naturally, an eight-core chip should fare better, but getting one of those in a gaming tower gives you immeasurable value for your buck. The CyberpowerPC Gamer SLC8260A6 is a solid pick for a boutique-built gaming tower, delivering the best of both AMD and Nvidia, in a sleek design without being too expensive, like its competitors. 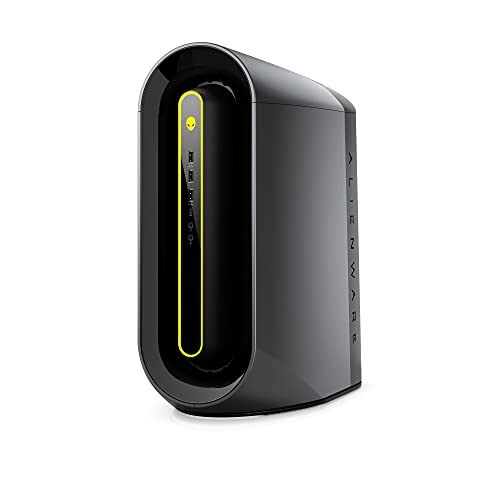