When PC manufacturers decide to fuse Nvidia’s Pascal graphics architecture with AMD’s Ryzen CPUs, powerful performance at work and play are must haves. The CYBERPOWERPC BattleBox Essential GMA2000A fuses both technologies, and the result is, a gaming desktop that, when it comes to processing power, can rival some desktops costing thousands of dollars more.

It isn’t the most powerful desktop around –not when we have GTX 1080 Ti systems like the CYBERPOWERPC BattleBox Ultimate SLC8600A, provided you’re willing to shell out more cash. But if all you want is something that’s capable at work and play, doesn’t cost so-much, and is well designed, the BattleBox GMA2000A is a value worth a long look. The reasonable pricing of the BattleBox GMA2000A might work in favor of its aesthetics. CyberPower, just like other boutique manufacturers, sometimes goes overboard with the bling, and here the design isn’t restrained, whatsoever. The tower case is all aluminum and all black along the top, upper front and right side, giving the system a good visual appeal. It measures 18 by 7.75 by 20.5 inches in and weighs 25 pounds, which is within the realm of a standard tower.

On the left side and lower front panel, you have a tinted tempered glass door cover that lets you view and access your components. You’re able to show off the cable routing, and even view the cooling fans with orange LED lights on the front panel. To access the system components, all you do is remove four thumbscrews holding the glass door, and then lift it straight off. The main highlight here must be the bold CyberPower logo applied on the front glass panel.

There’s an optical drive on the front panel, but its covered with a side opening flap, which is nice to keep the PC looking extra seamless. Although we’re now buying our games from digital services like Steam or Origin, an optical drive comes handy when you need to access file from your old DVDs. Plus, the way its placed, it doesn’t affect the system’s austerity.

As it is, there are easy access ports – ­two USB 3.1, microphone, and headphone on the top of the front panel, with a Reset button further back on the left flank.  At the back, you have more ports – four USB 3.0, four USSB 2.0, RJ-45 Ethernet, 7.1 Audio channel; one HDMI, DisplayPort and a DVI port on the graphics card. It skimps on built-in Wi-Fi, so you’ll have to buy a USB adapter separately.

For storage, the system comes with a 1TB 7200rpm hard drive, and a 120GB solid state drive (SSD) for program files. Having a speedy SSD is lately becoming standard on both desktop and laptops, with hope that we’ll be seeing SSDs with bigger capacities on budget systems soon. If you need more storage, you can get an external drive and hook it up through one of the high-speed USB 3.1 ports. Still, you have more than enough storage for all your games, movies and documents. Bundled into the package is a RGB 7 color gaming keyboard and mouse combo.

If you’re paying almost double an entry-level gaming PC, you should expect no-less than high-end speed, on all titles. The Gamer Ultra packs a AMD Ryzen 7 1700 CPU, Nvidia GeForce GTX 1060 (6GB) graphics card and 8GB DDR4 system memory. This among AMD’s new top-end chips, which has a base clock speed of 3.0GHz (which totals to 16 threads), and is a direct competitor to Intel’s Core i7-770K. That chip’s base clock is 3.0GHz, but it can stretch to 3.7GHz as needed, and gets better wattage than its rivals.

With such premium components, it’s no doubt the Gamer Ultra is a performance dynamo. In general performance, this system gives you more computer than what you pay for – placing itself in the same ball pack with most high-end gaming PCs. It should be able to complete video or photo editing projects easily, when you’re not playing.

Gaming performance is another frontier where the Essential GMA2000A really separates itself from the pack. It’s a VR Ready system with HTC VIVE and Oculus Rift, which is a feature set you can rarely find among competitors. The GTX 1060 is a capable video card, and is part of the GTX 1070 and GTX 1080 Series of high-end Pascal graphics cards.

Being VR Ready with HTC Vive and Oculus Rift, the system offers more PC that most competitors. It will deliver crisp frame rates on most titles played at 1080p, and you can afford to tune the eye candy accordingly without affecting playability. For instance, the GTX 1060 delivers 97 FPS on Battlefield 1and 96 FPS on Fallout 4, making it a worth contender among mid-high-end gaming PCs.

The CYBERPOWERPC BattleBox Essential GMA2000A is designed with ‘gamers’ in mind, gauged on both design and muscle. It is among the first in what will undoubtedly be a line of gaming desktops that challenge the conventional cliché of where the intersection of performance and budget should lie. For much less than you’d pay for most true high-end gaming machines, you’re getting a system that is adept to handling heavy workloads.

This side has been Intel’s territory for a while, but we’re now seeing AMD challenge it, with the composition of high-end gaming and luxury gaming desktops, for much less. The Ryzen 7 1700 fused with GTX 1060 GPU provides enormous performance benefits, that will be better utilized if you find a software that uses all its core.  That said, the CyberpowerPC GMA2000A is a VR Ready system that delivers solid playability modern titles, and gives additional processing capabilities for ever-decreasing amounts of money, which is good. 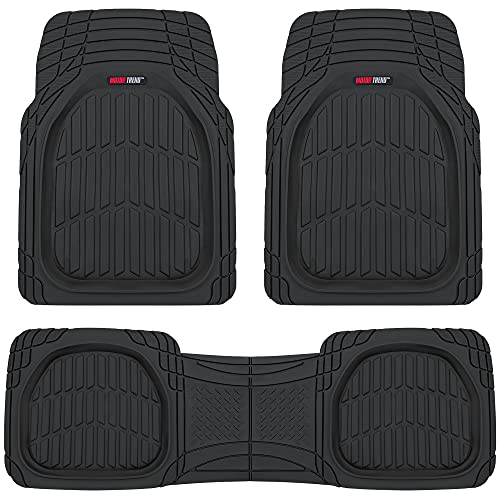