The BLU VIVO X6 is an Android phone that delivers amazing battery life and solid performance for a very affordable price. The unlocked version is a solid choice for anyone in the market for an affordable phone with decent battery life and very few drawbacks ( if at all they are there). 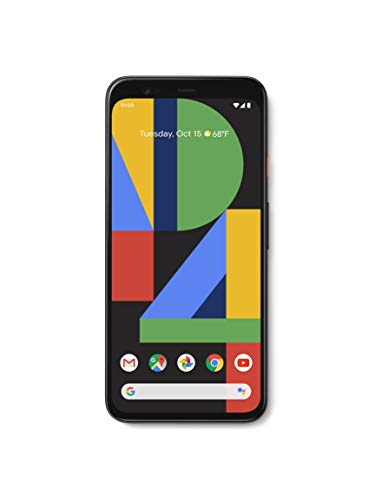 These days, a few hundred dollars can get you a surprising amount of phone. The BLU VIVO X6 is a case in point.

This phone is Blu’s newest contender in the budget category, offering a dual-lens rear-camera, a notched, infinity curved glass display with slender bezel on the top and sides, and a microSD card slot, so that you can store in excess of 128GB of photos, apps and more on your device.

On paper, that probably doesn’t sound too much of a throw. Sure, the Vivo X6 performs well for its price, the phone’s decent battery life and decent cameras are impressive and good display help in topping our list as one of the best smartphones for buyers on a strict budget.

For a sub-$200 phone, the Blu Vivo X6 has a few things going for it. Value hunters should be generally pleased with the phone’s performance and build quality, the curved screen is sleek, and the cameras take better photos than you’d expect (though the camera app itself would do with some tweaks).

Holding the Blu Vivo X6 in your hand makes you appreciate the design used here. It’s a thin and nondescript slab in the way most budget phones come, though at least it’s very thin and light. The phone’s curved back is easy to hold in your hand, and the protruding power and volume buttons stand out to add a bit of pop to Blu’s otherwise understated aesthetic.

The glossy plastic that Blu has used on the Vivo X6 isn’t the best we’ve seen, though. However, the curved glass front adds a premium feel to the general experience, mimicking the premium design of Samsung’s flagship Galaxy S10, though not as pronounced and bright as what you have on the Galaxy. Still, that’s not particularly unusual in the sub-$200 segment, and everything with this phone feels physically solid.

The rear-mounted fingerprint sensor on the back of the Blu Vivo X6 is placed a bit off for my liking, but because it’s deeply recessed, it’s relatively easy to locate with your index finger. It would have been better if Blu would have found a way to embed this scanner into the X6’s bottom bezel, given that there’s some empty space under the screen on the front of the device.

You’ll notice a 3.5-millimeter jack on the top edge of the phone, which is bit of an awkward place for a headphone jack to be; considering how tall this phone is, it would be more practical to place the jack on the bottom. Instead, that’s where you’ll find the Vivo’s mouthpiece, as the earpiece above the front-facing camera is used for calls only, and the lone speaker on the rear-bottom edge is used for media alone.

Good performance for a budget phone

Blu has turned to a Spreadtrum UniSoC SC9863A (4×1.6 GHz Cortex-A55 CPU and 4×1.2 GHz Cortex-A55) chip to power the X6. In tandem with 3GB of RAM, this processor mostly keeps things humming along quite smoothly, save for really demanding games. Battery life is excellent thanks to a 4,000mAH battery with a 10W quick charge that is well matched for the Android 9 Pie operating system.

Those specifications translate to fluid real-world performance when switching apps, launching Google Maps, surfing the web and scrolling through social media. Taking pictures in another story, though.

Respectable camera (but hum-hum to use)

Phones with triple cameras like the iPhone XR and Samsung S20 are the latest trend in the phone world, but dual cameras are still common in the budget category. Still, multiple cameras are rare to find under the $200 mark. In that sense, the Blu Vivo X6 – with its primary 13-megapixel + 2-megapixel main camera – separates itself from the crowd.  Those optics are accompanied by another 5-megapixel shooter on the front, which is fine for a selfie camera on an inexpensive phone. You’ll love the picture quality, but if you’re coming from a high-res camera, it may not be much of a stunner.

Apart from the pokey camera, consummate with camera quality and design with cheap smartphones, but the one other thing you shouldn’t have to give up is a slightly dim display. Not that the display is the worst, but with many 1,920 x 1,530 pixels budget phones floating around, the V6’s 720 x 1.520 (~276 ppi density) is a bit underwhelming. That means when watching a movie trailer, you’ll have to crank up the brightness to perfectly pick the display’s brightness to the max.

For anyone in the market for a new smartphone on a budget, with the BLU VIVO X6 you’re getting lots of phone without making many compromises. For everything Blu’s phone gets right – the decent performance and good battery life, first and foremost – it gets hung up in other areas like a display that’s fairly dim, but not hard to see outdoors.

However, the BLU VIVO X6 isn’t a bad phone, and for less $200, you could do worse. The unlocked version is a solid option for those looking for a cheap. No-contract device with a huge screen to take with them without committing to take with them to a discount carrier.

For my money, I’s spend a little more and nab a Moto G7 power, to have a battery that lasts twice as long on a single charge and a brighter display. But if you’re on a tight budget, the BLU VIVO X6 reigns as the most affordable, unlocked phone out there.

Want to Enable Dark Mode in Microsoft Office? Here is how