Gaming has these days become a big part of the PC market, but it’s not always common to come across a truly powerful desktop machine for all your games and other computing needs. The ASUS G11CD-US008T is just that desktop, leveraging some of the best components and features to produce impressive performance, offering plenty of connectivity and plenty of room to grow and swap out parts.

Design-wise, gaming desktops often go one of two ways: a full-fledged system, with garish colors, adorned with more lights than a Christmas tree; or a laid-back and bald design that completely ignores the looks for a real functional and powerful hardware performance. The ASUS G11CD refreshingly takes the latter path, with a middling charcoal gray profile, clad with padded red accents on the front top and bottom, as well as on the sides.

It measures 17.3 by 6.9 by 16.6 inches and weighs 19.6 pounds, making it ideal for the most common desktop surfaces, but is not as small as the Alienware X51 AX51R3-1510BLK, designed to fit in the most constrained of working spaces where space saving is a matter of priority

Released around the same time is the other iteration of the same system, the ASUS G11CD-US007T with a similar design, safe for a larger 16GB system memory and a massive 2TB of storage. Plus, the midsize tower is a nice change form most gaming desktops we’ve seen in this category with excellent connectivity options.

The system supports up to three HD displays in panorama view and a fourth display through HDMI, movies and other projects will be rendered seamlessly. Surprisingly, with all these capabilities the system is designed to run very quietly, with very low noise levels of around 26dB when idle.

For storage, the ASUS G11CD-US008T comes with a Solid State Hybrid Drive-SSHD (1TB 7200RPM HDD +8GB SSD cache), which is way faster than a mere hard drive, though it doesn’t match a true SSD. This is ample storage, and the 8GB SSD compensates for fast booting, but we expected a full-blown solid-state drive in such a machine. Still, it is not a deal breaker as you can conveniently install an SSD anytime since the motherboard has four SATA 3 connectors.

If you need more storage space you can opt for the ASUS G11CD G11CD-US007T, which comes with 2TB of storage space. Thankfully, there isn’t much on the drive to fill it up; in addition to Windows 10, the system comes with ASUS Aegis, that monitors your system, change case lighting and other functionalities. It comes bundled with a red backlit keyboard and mouse (both wired with 5 feet long USD cords), but it doesn’t come with a monitor bundled in the package.

Connectivity is excellent. The ASUS US00T features a total of 10 USB 10 ports: four USB 2.0, four USB 3.0 and two USB 3.1. For video outputs, you have an HDMI-out and VGA via the mainboard’s chipset and an additional HDMI-out, DVI and 3 DisplayPorts in the graphics card that support Ultra HD-4K video output.

This means that you can hook up to four displays in panorama mode to a single CPU, especially when running different projects at the same time. A Gigabit RJ-45 port and 802.11ac Wi-Fi + Bluetooth adapter provides a gateway to the Internet and other networked systems, while a DVD burner and a 16-in-1 card reader allows you access to most media files.

As mentioned earlier, the ASUS G11CD-US008T is equipped with a sixth-generation 3.4GHz Intel Core i7 processor, with the quad core supporting up to 4.0GHz clock speed in turbo mode. Combined with 8GB of DDR4 system memory (upgradable to 32GB since the system has 2 slots that can support 16GB each), the ASUS US008T stands out as one of the potent gaming desktops in the entry-level category. Tested in standard mode, without overclocking engaged — considering that most gaming rigs opt for the perks of high-performing Core i7 processors, held its own as a surprisingly potent performer.

Perhaps this affirms the impressive 9962 CPU Passmark Score, which is a rarity in most desktop PCs of its ilk. In PCMark 8 Work Conventional tests, the ASUS G11CD scored 4,982 points, putting it ahead of the Core i7-powered Acer Aspire Predator AG3-605-UR39 (3,128 points), it fell behind the Lenovo Erazer X510 (5,005) which sports an unlocked Core i7 processor, but our Editors’ Choice the ASUS G10AJ-US010S  leads the pack with 5,107 points, attributed to its 3.6GHz processor and 16GB of system memory.

Clearly, CPU performance isn’t the whole story for a gaming PC, and gaming prowess is a factor worth considering when it comes to gaming performance. Armed with a dedicated GeForce GTX960 with 2GB DDR5 memory, its performance on even the most demanding games is quite impressive. Plus, the graphics card in this machine is the desktop version, and not the weaker mobile version often fitted in laptops, meaning it is more stable.

In our tests, we managed an amazing ~60FPS in GTA at maximum resolution of1080p, while on The Witcher 3, we managed 30 frames per second, which is quite impressive. In case you need more, you can always upgrade the dual-width card installed in the PCI-e x16 slot and the PSU for an enhanced gameplay.

Apart from gaming, these graphics and the overall performance are decent enough for some demanding tasks like heavy multimedia editing, some 3D games from 2015 (and upcoming 2016), while at the same time watching your movies in Ultra HD-4K modes.

As components like graphics cards processors become more powerful, the same power and potential trickle down to midrange systems, making it easier than ever to get a high-performance gaming experience in a system without mining deeper into your pockets.

Although the system doesn’t have the chops to unseat the CyberpowerPC Gamer Xtreme VR GXiVR8060A7 as our Editors’ Choice for midrange gaming desktops, it still scores for those who need the latest components and features in a system. All said, the iBUYPOWER Trace 9240 (2019) combines powerful gaming performance, ample real estate to grow, and brings to the competition some forward-looking technologies that will remain relevant for the next 3-5 years. 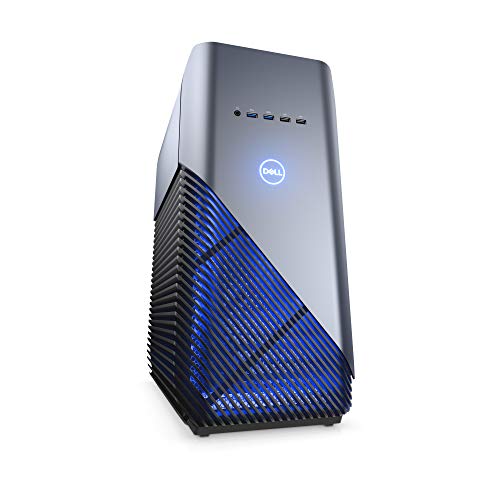